A diesel engine relies on compression to operate, and the fuel has to be sprayed into each combustion chamber with incredible precision. This is why engineers have designed special injectors that have a series of very small holes along their length. Ordinarily, these injectors are very effective, but issues can arise due to their nature and inherent design. What could go wrong with the fuel injectors on your vehicle, and how do you know if this system is to blame?

Each of the injectors fitted to your car or truck is mounted alongside a management platform known as a "common rail injector." Here, fuel that is pumped from the tank is moved into a very narrow channel, where it is then pressurised and forced into each injector. This process creates a fine spray that is then delivered with precision timing in order to turn the engine.

Some of these holes may be narrower than the width of a human hair, and as you can imagine, effective filtration is critical. Without it, particulates could get stuck within the injector leading to erosion and affecting the on/off mechanism (a valve and ball). It wouldn't take much for the distribution, timing and fuel volume to be affected, leading to a reduction in performance. In addition, tiny particles of water present in the fuel tank can cause a chemical reaction leading to corrosion and unwanted friction.

Be on the Lookout

If the common rail injector system begins to play up, you will immediately notice engine problems. When fuel delivery is less than optimum, the engine will not turn as needed, which can cause rough idling or a misfire. As the situation gets worse, this could lead to premature firing or inconsistent detonation. Either way, you may begin to hear a pinging or knocking noise, which will get louder as time goes by.

Other Signs of a Problem

You will almost certainly see a warning light on the dashboard in a modern-day vehicle and will get a tell-tale fault code on your diagnostic scanner. In the meantime, you will pay more for your fuel, and some of it will be burned off rather than being used. This will lead to smoke at the tailpipe and increased emissions.

If you notice any of these problems, check the onboard diagnostics and talk with an experienced mechanic. They will have the tools to narrow down the issue, check the common rail system and repair or replace it as necessary.

For more information on a common rail injector, contact a company near you. 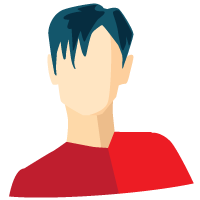 Hello, my name is Harry and this is my auto parts blog. I used to think of a car was made of one solid block of metal with an engine which made it go. I had no idea of the hundreds of different parts which make up an automobile. All this changed when I paid a visit to my brother in Sydney. He works as an auto mechanic and I spent a lot of time hanging out in his auto repair shop. He gave me a real good education in the different parts which make up an auto and how to install them.